Most people equate serendipity, in its simplest form, to a happy accident. That is, when an unexpected occurrence results in some sort of beneficial outcome. 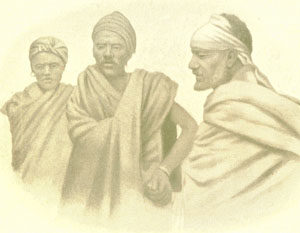 The word “serendipity” was coined by Horace Walpole, who was referencing an ancient Persian fairy tale, The Three Princes of Serendip. The three young princes travel to Persia from Serendip (now Sri Lanka) and have a series of adventures in which they often experience fortuitous results from the skillful application of wits, insight, and intuition.

Subsequently, the term “serendipity” was increasingly used within the realm of scientific research to describe discoveries that were made while looking for something else.

Serendipity has in fact played a significant role in both invention and scientific discovery. Some of the more well-known results of serendipity include Post-it notes, Velcro, dynamite, Viagra, Teflon, Kevlar, X-rays, microwave ovens, and penicillin.

Examples of serendipity in science abound. But the idea of serendipity playing a non-trivial role in realizing successful results is becoming more commonly accepted in many other areas, including: the social sciences, information science, technological innovation, business, and entrepreneurship.

Serendipity involves recognizing and evaluating an opportunity by applying insight to an unexpected occurrence, then taking the appropriate actions necessary to realize a projected benefit.

The concept of serendipity is somewhat nebulous. It has been variously conceptualized as a process, method, trigger, or outcome. Consequently, its functional definition often varies among researchers from different domains of expertise. But regardless of the field, the definition always includes some element of chance as well as a beneficial outcome.

Since an element of chance is inherent in serendipity, there is a near consensus across all domains that serendipity cannot be controlled.

It is becoming more widely accepted, though, that while serendipity cannot be controlled, it can be influenced, induced, or at least encouraged. Studies have shown that some people experience serendipity much more frequently than others. And researchers have identified a number of factors and strategies that increase the likelihood of experiencing serendipity.

Serendipitous encounters involve a combination of individual and environmental factors, and an element of unexpectedness or chance. People can’t control chance, but they can take steps to develop certain personal characteristics and abilities, and they can also control how they choose to position themselves within a given environment.

I chose the word “serendipitism” to describe a body of properties, principles, and practices that people might use to prepare and position themselves for serendipity. And particularly to an opportunity-oriented variant of serendipity related to personal development, success, and entrepreneurship.

What is the purpose of this blog?

My goal is to develop a conceptual model and framework for an opportunity-oriented variant of serendipity, as well as a body of associated properties, principles, and practices that can facilitate serendipitous experiences.

The Serendipitism blog will be my primary conduit for sharing research, insights, opinions, news, and relevant anecdotes related to that work.

The blog is intended to help people answer these two questions:

I also plan to develop and share supporting informational and instructional materials to help people substantiate and operationalize serendipity.

The following three posts provide a broader explanation of the relationship between luck, opportunity, and serendipity; some core serendipity strategies; and a process model for serendipity: